METHODS:
In a phase 3b, double-blind, double-dummy, randomized trial conducted at 245 centers in 34 countries, we compared vedolizumab with adalimumab in adults with moderately to severely active ulcerative colitis to determine whether vedolizumab was superior. Previous exposure to a tumor necrosis factor inhibitor other than adalimumab was allowed in up to 25% of patients. The patients were assigned to receive infusions of 300 mg of vedolizumab on day 1 and at weeks 2, 6, 14, 22, 30, 38, and 46 (plus injections of placebo) or subcutaneous injections of 40 mg of adalimumab, with a total dose of 160 mg at week 1, 80 mg at week 2, and 40 mg every 2 weeks thereafter until week 50 (plus infusions of placebo). Dose escalation was not permitted in either group. The primary outcome was clinical remission at week 52 (defined as a total score of ≤2 on the Mayo scale [range, 0 to 12, with higher scores indicating more severe disease] and no subscore >1 [range, 0 to 3] on any of the four Mayo scale components). To control for type I error, efficacy outcomes were analyzed with a hierarchical testing procedure, with the variables in the following order: clinical remission, endoscopic improvement (subscore of 0 to 1 on the Mayo endoscopic component), and corticosteroid-free remission at week 52.

CONCLUSIONS:
In this trial involving patients with moderately to severely active ulcerative colitis, vedolizumab was superior to adalimumab with respect to achievement of clinical remission and endoscopic improvement, but not corticosteroid-free clinical remission. (Funded by Takeda; VARSITY ClinicalTrials.gov number, NCT02497469; EudraCT number, 2015-000939-33.).

Abstract
BACKGROUND:
The efficacy of ustekinumab, an antagonist of the p40 subunit of interleukin-12 and interleukin-23, as induction and maintenance therapy in patients with ulcerative colitis is unknown.

METHODS:
We evaluated ustekinumab as 8-week induction therapy and 44-week maintenance therapy in patients with moderate-to-severe ulcerative colitis. A total of 961 patients were randomly assigned to receive an intravenous induction dose of ustekinumab (either 130 mg [320 patients] or a weight-range-based dose that approximated 6 mg per kilogram of body weight [322]) or placebo (319). Patients who had a response to induction therapy 8 weeks after administration of intravenous ustekinumab were randomly assigned again to receive subcutaneous maintenance injections of 90 mg of ustekinumab (either every 12 weeks [172 patients] or every 8 weeks [176]) or placebo (175). The primary end point in the induction trial (week 8) and the maintenance trial (week 44) was clinical remission (defined as a total score of ≤2 on the Mayo scale [range, 0 to 12, with higher scores indicating more severe disease] and no subscore >1 [range, 0 to 3] on any of the four Mayo scale components).

Abstract
Under current therapeutic algorithms, half of the patients with moderate-severe ulcerative colitis or Crohn's disease fail in achieving a sustained remission. New drugs with different mechanisms of action are needed. After two decades of new drug avenues in inflammatory bowel disease dominated by the development of monoclonal antibodies, in recent years we are witnessing promising developments of small molecules for these conditions. Their intrinsic characteristics make them attractive compared to monoclonal antibodies based on their oral administration, short plasma half-life, lack of immunogenicity and predictable pharmacokinetics. Among them, Janus kinase (JAK) inhibitors are a promising new class that have demonstrated efficacy with a favorable safety profile in clinical trials. Tofacitinib has been the first JAKinhibitor approved for the treatment of ulcerative colitis. This review discusses the molecular aspects of the JAK-STAT pathway, its role in the pathogenesis of inflammatory bowel disease, and the rational use of JAK inhibitors in these conditions. The different compounds with JAKinhibitory activity tested are reviewed and provide an overview of recent evidence of clinical trials. Finally, we consider the positioning of these drugs in the treatment of inflammatory bowel diseases.

Abstract
Over the past decades, the advent of anti-TNF agents has dramatically changed the treatment algorithms for IBD. However, primary and more importantly, secondary loss of response to anti-TNF agents, is often observed. Thus, new treatment options have been actively explored and some have already been incorporated in the current clinical practice. Among the class of anti-cytokine agents, the anti-IL12/IL23 monoclonal antibodies (mAbs) have been first presented, in clinical practice, by the anti-p40 mAb ustekinumab in Crohn's disease (CD). More selective anti-IL23 agents (anti-p19) have shown efficacy and are being further developed, in contrast to agents inhibiting IL-17 downstream, which have failed in IBD clinical trials despite their clear efficacy in psoriasis. 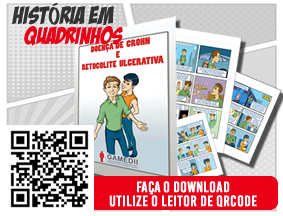